The Secret of the SEVEN SEALS

The seven seals are the seven chakras of the human body, ruled by seven signs of the Zodiac constellation. The remaining five signs influence the etheric or prana body. The seven cities, societies, trumpet calls and horsemen named in the bible (Apocalypse) are secret hints at the seven chakras, their corresponding organs and the sensations experienced by the candidate, for instance at Initiation, when Kundalini awakens and flows in the order of numbering. Thus it is the 2nd chakra from below (or the 6th from the top), which opens first and therefore becomes the first seal. Why? Because it is at the 2nd chakra from below where the positive and negative energy-currents start, together with two pranic nervestrings, along the spine to meet again at the point between the eyes. See the esoteric description of the human spine in “THE SERPENT”, p. 30. It is also because the procreative organs are connected with the second chakra from below that Kundalini starts there, since that chakra guarantees the survival of the species. Another reason for the 2nd chakra being the first seal is “the fall of men” about 18.000.000 B.C.but also the placing of the seals on man prior to that. The opening of the seals or chakras and the resulting dramatic sensations in the candidate are described in symbolical form in the last book of the bible “Revelation”, also known as “Apocalypse” and fully revealed in THE BOOK OF LIGHT. Once all seals or chakras are opened and conquered by the candidate through moral purity, study and meditation, the candidate is dwija or “Twice-born” or “Born again” and has achieved immortality in consciousness. He can leave and reenter his physical body at will. Thus death shall there be no more for him who overcame. AUM. He or she shall depart in full awareness from the body through the chakra on top of the head (7th seal), to then continue to live on the astral, mental and spiritual plane, teaching its denizens (deceased humans, angels, nature spirits, etc.) that everything is TRANSIENT and that the purpose of live on ALL planes is NIRVANA, the absence of desire.

The Seven Seals can also be awakened by Sound, for instance the Sound of the 49 letters (plus one) of the Sanskrit alphabet. The sound and beat of Rap, Rock, Punk, Disco etc., etc. exites and awakes extremely and premature the lower seals or chakras, especially in younger people who have not yet conquered them and unleashes all the negative aspects (hate, anger, depression, etc.) in their chakras, leading to the chaotic situation of today (crime, gangs, killing, moral and mental decay, etc.). Before studying the seals and how to awaken them, the Lanoo should become acquainted with the Esoteric nature of the human spine, of whose anatomy orthodox science only knows little. I do, though, not concern myself here too much with what is already known about the human body. That can be looked up in any anatomy book (although even their physical definitions are often wrong). I rather explain the etheric-astral-mental cause BEHIND the physical phenomena. Some about the esoteric anatomy of the human body has already been revealed in this book. Here now some additional information. 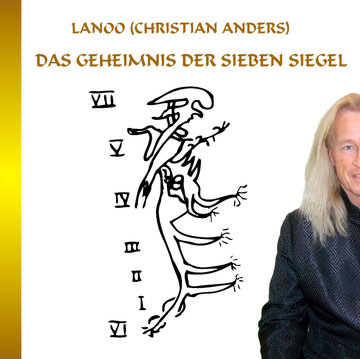 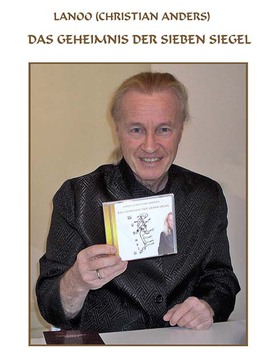