Divine Message of the TRUE GOD 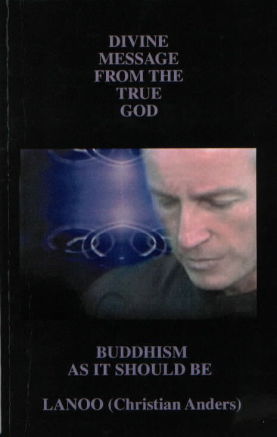 The purpose of this book is to awaken the surviving principle in you, or rather that which survives life after life, death after death, into your next reincarnation. That survival principle is truly immortal, meaning that it was never born. Consequently it can never die. It has no beginning and no end. It was always there and will always be there. THAT is the real you. How can you find it? How can you find that eternal principle – that which survives life after life, death after death, reincarnation after reincarnation? How can you find that which survives, which you really are? The answer: Detach yourself more and more from that which does not survive and that you therefore are not. Detach yourself step by step from that which does not survive and you will then reach and become unavoidably The Surviving principle. Each death is nothing but an enforced detachment towards the surviving principle. What is it that survives after death? What is the surviving principle? It is that which remains after you have abolished all perception and sensation. And since this state of being is dreaded by almost all that lives, it shall only be sought and experienced by the wise ones. AUM.

THE PURSUIT OF HAPPINESS. The Constitution of the United

States of America (Article 6, Section 2) guarantees to every American the opportunity to pursue happiness. The Americans have had over 200 years to pursue happiness. Did they find it? I don’t think so. Why did the people of the United States of America not find true happiness? Because they were and are looking for it in the wrong place, outside in the world, where it is not. Where, then, is true happiness? It is deep, deep inside of you, where your true immortal essence dwells. If you do not let go of the outside world and of your attachment to it, you shall never experience true happiness. It’s name is NIRVANA. Every society that does not have NIRVANA as its highest principle is doomed to failure. LANOO (Christian Anders), November 1, 1996.